Fortnite’s Revenue Has Dropped 50% Since December

Is Fortnite dying? Possibly faster than anyone imagined at this point based on recent reporting. Fortnite seems to have reached its peak earnings late last year, based on their released […]

Is Fortnite dying? Possibly faster than anyone imagined at this point based on recent reporting. Fortnite seems to have reached its peak earnings late last year, based on their released financial statements.  Following an especially lucrative end to 2018, Fortnite’s revenue has fallen a decent amount since last quarter of 2018.

While these are reasons to take into consideration for those numbers, there is also some data released recently with a more ominous tone. 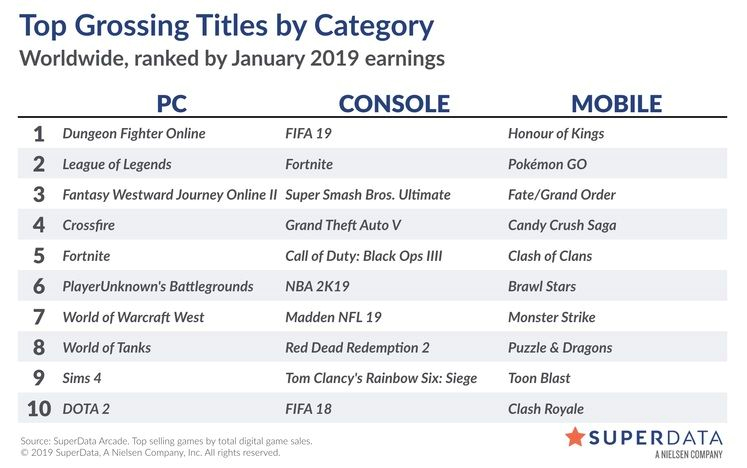 SuperData Research, a gaming industry research website, has recently published a report on the current state of the worldwide digital games market in January of 2019. If you look at the above report, Fortnite failed to break the top 3 for in PC for January. This is a huge blow being that Fortnite’s largest segment is PC players compared to individual console player amounts. Fortnite is still ranked second amongst console players though. Also notable, PUBG wasn’t far behind Fortnite at #6 for PC players.

“Fortnite revenue on all platforms combined declined 48% month-over-month in January, although sales are still up significantly year-over-year,” says the report. Epic has done a great job cashing in and keeping players around during its 2018 tenure.

With Fortnite’s recent large decline, is this the reason Epic has launched the Fortnite World Cup tournaments? Epic has said they are giving away $100 million worth of cash prizes to top players throughout 2019 in these tournaments. Will this draw PC players back to Fortnite so Epic can continue their successful run?  Let us know what you think!