Gold camo’s in Modern Warfare are some of the most sought after accolades in the massively popular online shooter. Getting the gold camo’s in modern warfare, however can be easier […]

Start as soon as possible

One simple mistake that people make when they first start on their quest of getting a gold camo for a certain weapon is that they start later in the weapons progression.  While some of these camo challenges do take a considerable amount of time and focus, many of the lower level camo challenges can be completed fairly quickly.

As you progress your weapon’s level, more camo challenges become available. Another helpful tip you may want to consider when attempting to unlock gold camo’s in Modern Warfare is combining challenges. We would recommend limiting yourself to 3 camo challenges just for the sake of being able to play aggressively enough without limiting your play style.  But to each their own. 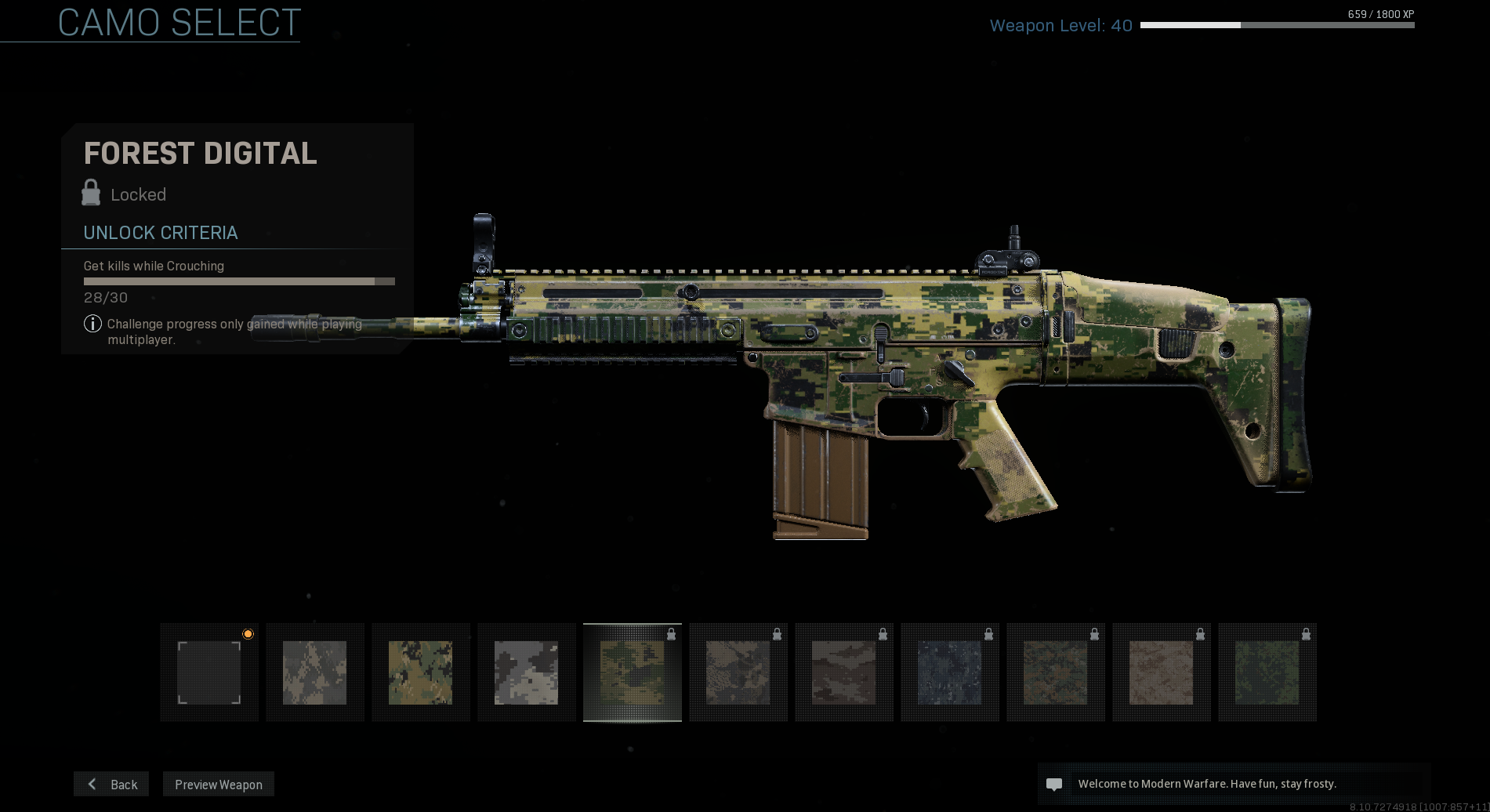 For example, if you have unlocked multiple camo challenges and you’re wanting to really make a dent in your completed challenges, consider focusing on multiple challenges when you play.  Crouching, hip firing, and having all attachments makes for a triple threat against completing your challenges.  This method is best used when doing the ‘no attachments’ challenges.

Customize your loadout to challenges

This is one that we can’t stress enough. If you are focusing on hipfire kills, don’t waste your attachment slots on an optic, or any attachments whose main purpose is to increase aiming statistics. Instead, try to customize your loadout to better suit the challenge or challenges that you’re working towards.

Working on hipfire, swap your scope out for a laser, or a stock to increase hip fire accuracy or movement speed.  There’s alot of ways to get creative with customizing your loadout to fit certain challenges.

While many people may prefer traditional multiplayer to unlock gold camo’s in Modern Warfare, one tip that we found useful was playing more ‘Ground War‘. There’s many more people in a game of ‘Ground War’ than there is in your average multiplayer game.  That means more people for you to shoot at, and more opportunity for you to complete a bigger chunk of camo challenges.

Players tend to group up more in ‘Ground War’ and if a player could pull off an effective flank, you might end up racking up 5 or more kills in a single room. Another good reason that ‘Ground War’ is a more effective gametype to unlock camo’s with is the larger map sizes.  While there are some far distances in some of the normal multiplayer maps, ‘Ground War’ has huge maps, allowing you to easily rack up the ‘Longshot’ kills for the ‘Splinter’ challenges.

Reload ALL THE TIME

One challenge that easily slips by people that can be quite aggravating to complete are the ‘Stripes’ challenges.  Players have to get kills “shortly after reloading”, but the time after reloading has been criticized for being almost too short.

That’s why we recommend reloading ALOT.  The idea is to increase the amount of your reloads so that again, you’re maximizing your chances of getting those kills in before the “shortly after reloading” time expires. 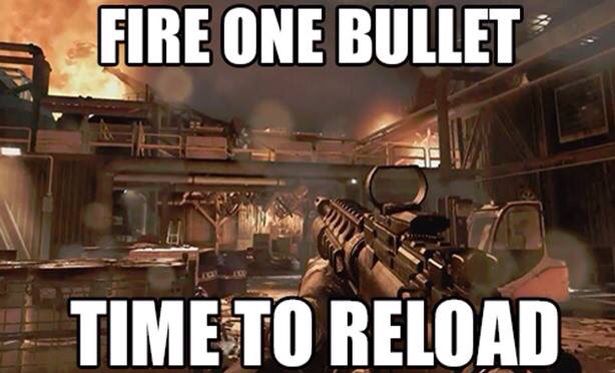 Another helpful tip for the ‘Stripes’ challenge is to equip the ‘Sleight of Hand’ perk, allowing you to reload much faster, thus making that challenge easier.

That’s it! Those are our tips to unlock gold camo’s faster in Modern Warfare.  We hope we could be of some help and if you have any other suggestions, leave them in the comments below or send us a message over at Facebook.

In the meantime, be sure to check back with Game Enthusiast for all of the latest news and media from your favorite video game franchises.