Cyberpunk 2077 has been delayed. Developer CD Projekt Red recently announced the news on Twitter. The new release date will be September 17th 2020. In a statement, the Polish developer […]

Cyberpunk 2077 has been delayed. Developer CD Projekt Red recently announced the news on Twitter. The new release date will be September 17th 2020.

In a statement, the Polish developer says that the game is finished and playable, but needs more polishing and playtesting. The full statement reads: 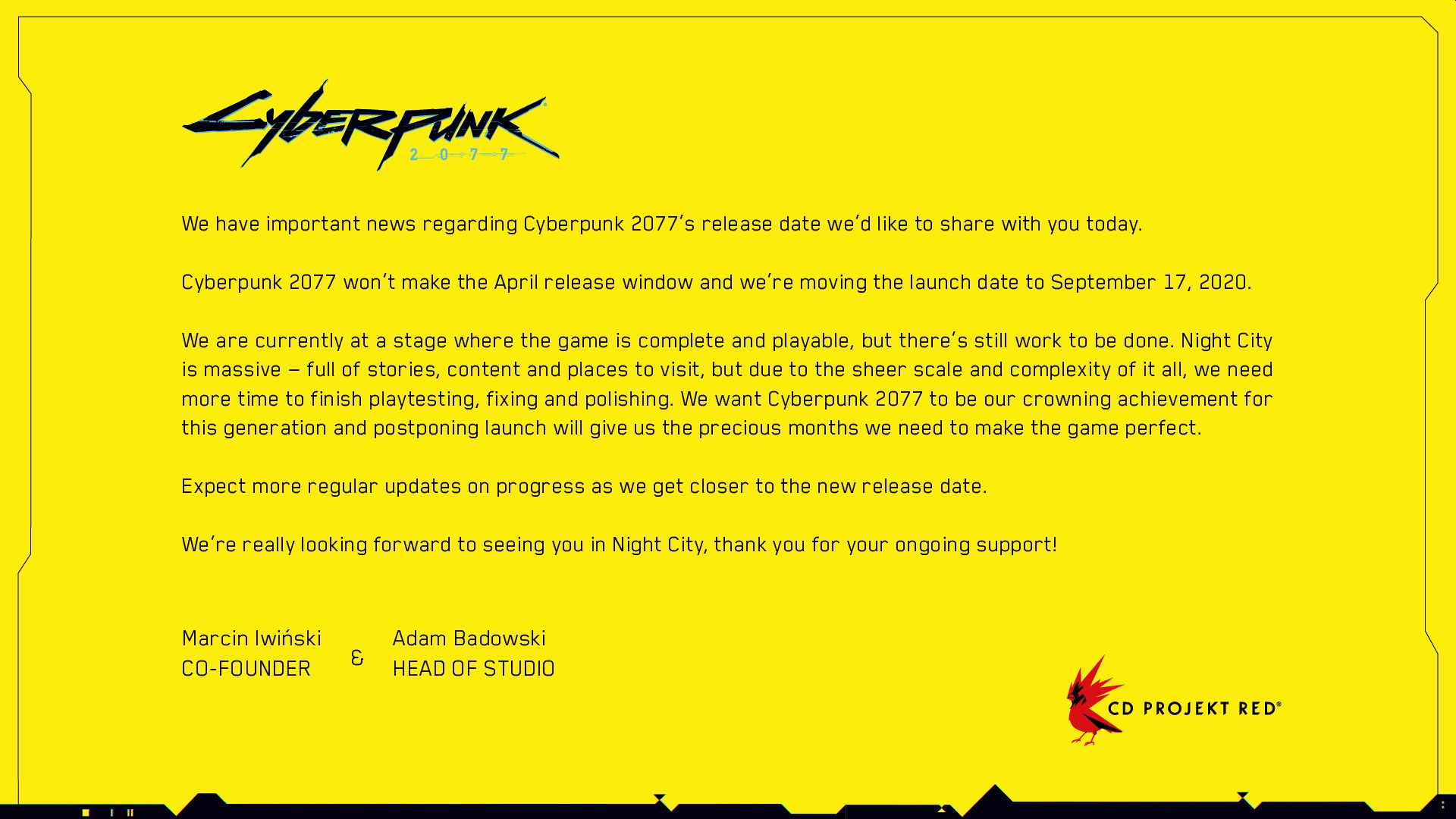 It is not hard to see why a game of this scope and with this level of detail would need more time to be perfect. In the past few months, we’ve seen some information regarding the huge playable area. CD Projekt Red also scrapped parts of the game, possibly due to time constraints.

The original release date for Cyberpunk 2077 was April 16th. We’ll now have to wait almost half a year longer, but as legendary Japanese video game designer Shigeru Miyamoto once said: “A delayed game is eventually good, but a rushed game is forever bad.”