The Division 2 – Which Skills To Unlock First

Tom Clancy’s The Division 2 comes out this week, and is already being played by people with early access.  We’ve played quite a bit so far and have compiled a […]

Tom Clancy’s The Division 2 comes out this week, and is already being played by people with early access.  We’ve played quite a bit so far and have compiled a list of what we believe to be the best skills to unlock first while you battle it out in the latest post-apocalyptic setting that takes place in Washington D.C.

There is a total of eight skills that are unlockable, each having different tactical advantages.  Having the ability to equip two different skills makes your character a serious force to reckon with whether its in the PvE environment OR in the Dark Zone.  Oh, and did we mention that each of the eight skills has multiple different variants?  This will make for even more customization and allow you to adapt to almost any situation in the game. 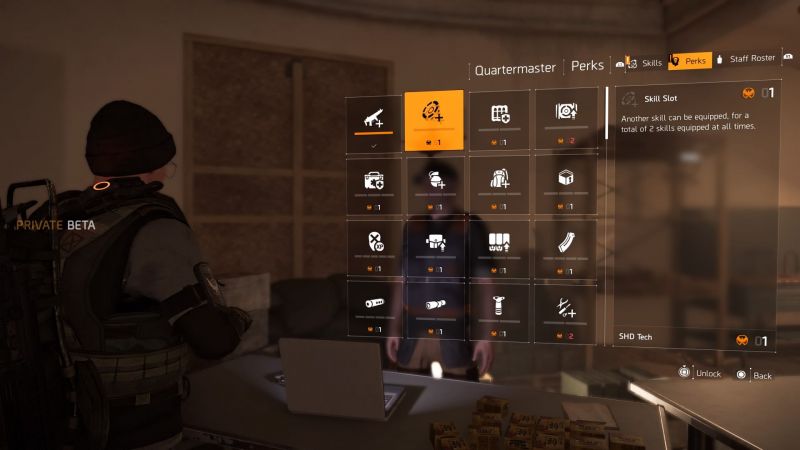 We’ve put together a detailed list of all of the skills, their variants, and what each of them do.  We also have included the ones that we believe offer the biggest advantage at the beginning of the game so you can get started off on the right foot in Tom Clancy’s The Division 2.

Which The Division 2 Skills To Unlock First

Everyone has different play styles, but these are the skills that we think help the most at the beginning of the game.

If you are playing alone, the Scanner Pulse is a good starting option. This allows you to be constantly aware of nearby enemies and be prepared for every fight. However, its range is limited. We also really enjoyed the Firestarter Chem Launcher as a good starting option because it can cover a wide area and take out a group of enemies quickly. The Blinder Firefly is also a good option due to its ability to stun enemies. And finally, the Cluster Seeker Mine is a good option due to its ability to affect multiple enemies.

If you are playing as a team, your choices will most likely be different. Any skill that provides health regeneration, revives, or buffs are a good first choice if you are playing the support role on your team. Therefore, the Restorer, Reviver, or Booster Hive are all really great options to pick up early in the game. The Reinforcer Chem Launcher is also a good alternative. Similarly, the Fixer Drone is a good option since its able to move around easily. Finally, to deal some damage, the Firestarter Chem Launcher is a good choice again as you can combine it with your fellow Agent’s gunfire and explosives.

Thats our list!  We can’t wait to play more of Tom Clancy’s The Division 2 and will put out any updates that we can come up with on the game.  What do you guys think about the game?  Let us know!