A Look At Demonpore 64, The World’s First Molecular Gaming Console

When I first stumbled upon the Demonpore console, I wasn’t quite sure it was real (“they want to do what now?!”). After all, April Fools Day was right around the […]

When I first stumbled upon the Demonpore console, I wasn’t quite sure it was real (“they want to do what now?!”). After all, April Fools Day was right around the corner. But its definitely real, and definitely has some cool ideas behind it.

I was immediately intrigued by the name and so naturally I went to the Demonpore website. It became abundantly clear that this was a much more in-depth and interesting concept than I could have ever imagined.

The Demonpore 64 is a molecular gaming console. Now, if you’re like me you’re saying: “A what? Molecular gaming console?” That’s right. Demonpore 64 uses real cells and molecules that you put inside of it from things around your house. And with the help of a cellular sensing device the console then creates games based on the information it gathers from said cells. But it gets even more interesting than that.

What’s with the name?

Let’s start with the slightly alarming name. Contrary to what you might think the Demonpore 64 console is not some soul harvesting device sent from the depths of Hell. It’s actually got a pretty cool story of where the name came from. Science jargon incoming! 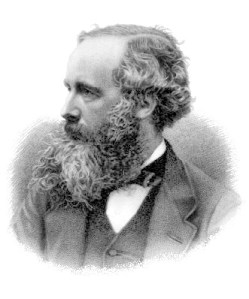 A Scottish physicist named James Clerk Maxwell once had a thought experiment. He proposed that an imaginary demon could theoretically defy the 2nd Law of Thermodynamics by controlling the opening and closing of a door the size of a molecule called a “pore” between two chambers of gas.

It was only a thought experiment of course, but the concept spurred debate among the physics and science communities and became known as Maxwell’s demon.

The origin of the Demonpore 64 console

We spoke with Kent Kemmish, Demonpore CEO and Founder. Kent is a genetics scientist who worked under the famous gerontologist (study of the aging process) Aubrey de Grey. Kent is actually the inventor of things called mechanical nanopores. He told us this about how they came to be known as “demonpores”:

I was aware of a lot of work in the field of nanopore sensing, and the idea just came to me one night that we could make a mechanical nanopore by basically sliding two nanopores past each other. (…) I described what we call “sliding occlusion” the next morning to my scientist friend Mark on a tarmac at some international airport, and he immediately joked “you should call them demonpores because of Maxwell’s Demon”. That stuck…

Kent then wanted to come up with a way to bring his new invention into the real world so more people could use it, and ultimately gather more data. Thus the Demonpore 64 was born. And what better way to introduce complex scientific instruments than by making it into something the gaming community can get their hands on.

The Demonpore 64 is not like other gaming consoles. This console isn’t boasting insane graphical power like the PS5 or Xbox One X. That’s not the point. Instead, a molecular and cellular sensing device powers the device.

This component reads the information it gathers from molecules and cells that pass through the pores that we spoke about earlier. The console then processes the information and uses the data to create games. The company mentions using proteins, rainwater, cell cultures, saliva, food, and special reagents.

You could also let your imagination run wild with the variety of (bodily) fluids and nasty chemicals that may end up inside the provided test tubes. But if people really wanted to go that far with it, maybe there’s some kind of easter-egg in one of the games that give you superpowers when it recognizes certain types of cells. Kent didn’t mention any but hey, it’s all about experimentation after all.

Games on the Demonpore 64 console

The included games are mostly socially competitive. Alternatively, some games require working together with others. As we mentioned before, the information gathered from real cells is what drives the gameplay. So naturally different cells will do different things. They’ll look different, behave different. So gameplay is ever-changing.

Their website goes on to say that players are “rewarded for providing the most useful data through choices in reagents, pores, and electrofluidic control settings.”. Gamifying science.

Here’s one example of the games on the Demonpore 64 console. The game is named 2021: A SARS Odyssey. Quite relevant, right? Well in A SARS Odyssey, while on a space station, you and your team must figure out how to stop the spread of the virus on your space station.

By using the hardware inside the Demonpore 64, you come up with ways to stop SARS using cells and molecules from things around your house.

But let’s say someone who has tested positive for COVID puts their saliva into the game? Then you’re actually collecting valuable scientific data about the COVID-19 virus. That’s how this wild gaming console could actually make a difference in the world of science.

The most interesting part of this whole process is that the information gathered through each individual console is collected and stored online. Meaning that real life scientists can study all data about all cells put into the Demonpore 64 console.

That does beg the question: how safe is the console when it comes to medical privacy? Of course, by design science should be publicly accessible, but how does Demonpore handle information gathered from the cells of my left eyelid?

Kent explains that it’s the companies goal to ‘solve biology’. With that, every user should not only consent to sharing their data. They should understand what that data entails. Especially the next iteration of FDA-approved sensor instruments, privacy will really be baked into the console itself.

We’re entering a different world when it comes to medical privacy issues. We’ll have to solve it as a society.  (…) I want everyone who plays with our instruments to become not just a citizen scientist, but really a scientist in every sense—to form their own deep insights and opinions about biomedical research.

The future of science in a gaming console

In the end, the Demonpore 64 could essentially make it’s community the largest scientific data gathering tool in our history. We could literally be contributing to curing diseases, answering questions about different cells, and so much more. Just from playing a simple game with people online. 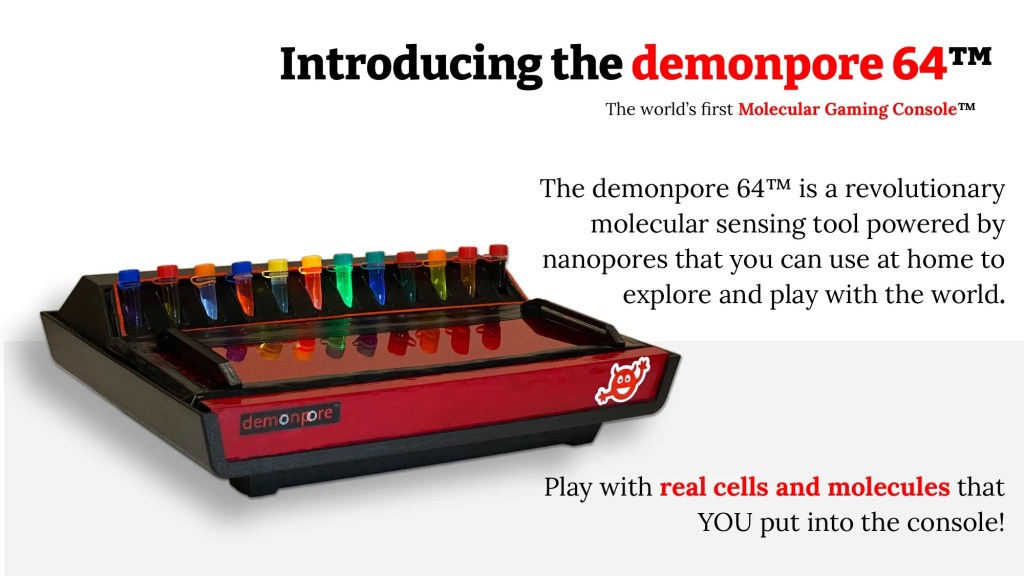 With that being said, this is something that has never been done before. And with the high level of complexity in video games of today, it will be interesting to see how Demonpore navigates these challenges.

The Demonpore 64 console will be priced at $99. It’s currently under development using crowdfunded money (through WeFund). So far, the project has raised $132,392 already.