Call of Duty: Warzone – now well into season 6 – sets itself apart from other battle royale competition with the sheer number of guns, modifications and perks available, all […]

Call of Duty: Warzone – now well into season 6 – sets itself apart from other battle royale competition with the sheer number of guns, modifications and perks available, all combined in your own loadouts. Watching players run around with their deeply customized weapons can be intimidating on its own and might even reek of pay to win. Throw in the ever-changing meta and it can leave your head spinning.

That’s where we drop in and revive you with this handy guide featuring detailed loadouts. We have listed four guns and their respective builds that not only complement four distinct playstyles but also take into account the current meta for Call of Duty: Warzone Season Six loadouts. But before that, remember to equip yourself with some Battlenet Balance Cards for when you need some COD Points! Better be prepared than sorry in the long run.

Speed is the name of the game for this sub-machine loadout. This build is for those who want to be in the thick of the action, sprinting and clearing rooms while completing objectives. It is a brave build for in-your-face aggressive players.

One controversial decision here is to forego a Monolithic Suppressor muzzle since it blocks out our barrel attachment. Since we are not looking at range here, the compact FSS Mini instead improves the speed and agility in close quarters. To further strengthen this agro build, we are also opting for hip fire instead of aiming down sights.


The 5mW laser thus pips the Tac laser; the former lets you acquire targets quickly and land a majority of shots while springing around corners. To not completely lose control of our shots, Commando Foregrip comes in to reduce the side-to-side bounce of MP5 shots.

Running out of bullets is a death sentence with this playstyle and build, and with our weapon perk and ammunition choices that goes without saying. Sleight of Hand lets you reload faster, and the 45 round mags ammo means you will be doing it less often.

As far as perks, Double Time will let you sprint faster while Amped means you can swap out weapons quicker. The last bit is key since Overkill lets us carry two primary weapons, and you can make up for all the lost range with a worthwhile sniper like the AX-50 as your secondary. 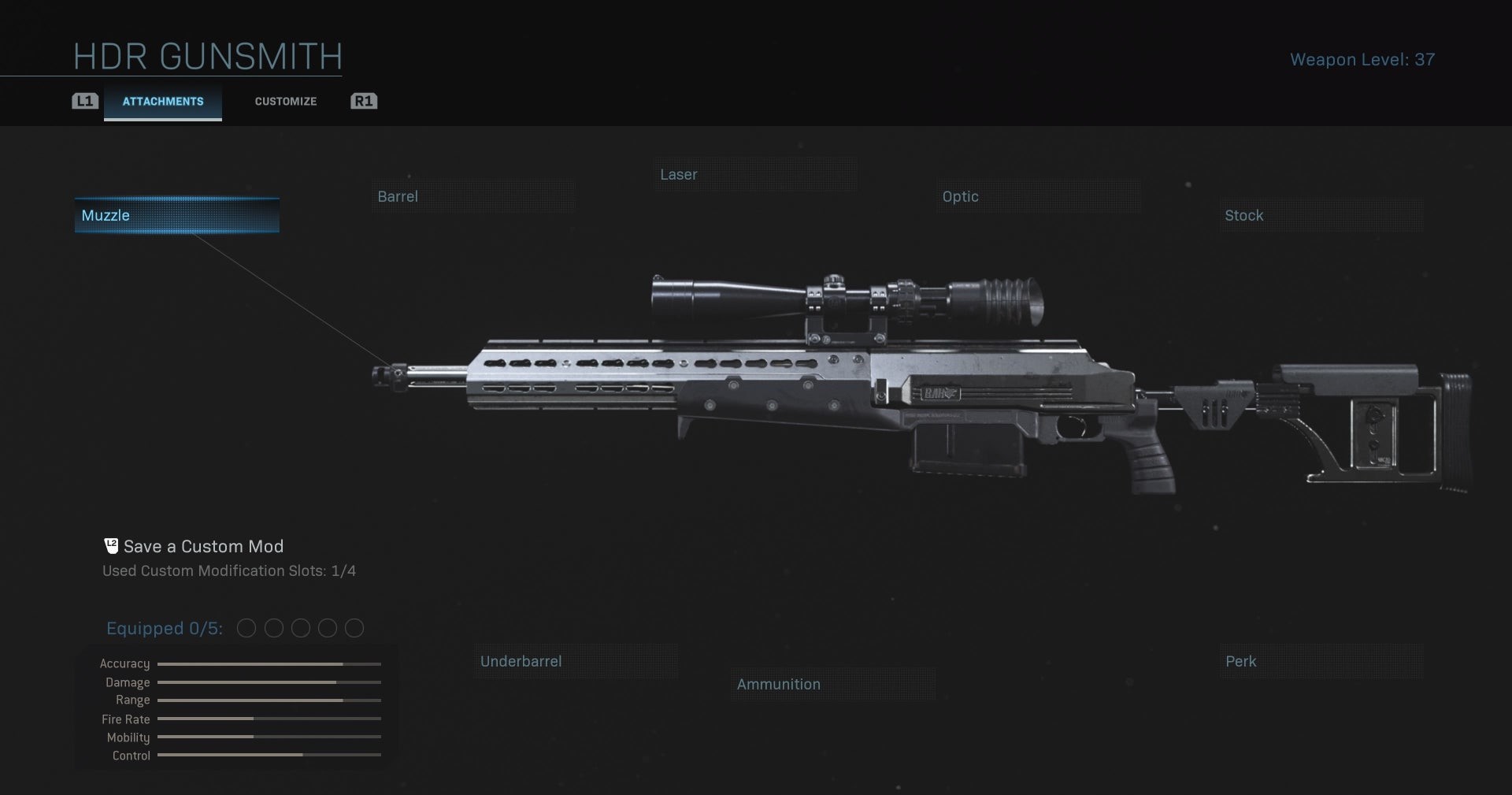 The HDR’s main rival, the AX-50, might boast better handling, but our pick remains the undisputed king of snipers. Because of the sheer bullet velocity, and the near-absence of bullet drop, each shot from an HDR is practically a hitscan.

The 26.9” Pro barrel further increases said velocity, so you can just point and shoot. The Monolithic Suppressor increases the range, but its primary role here is to silence and hide shots from mini-maps. The Full Metal Jacket (FMJ) weapon perk increases penetration and damage to vehicles.


The attachments make an already sluggish weapon heavier. But the Tac Laser and Stalker-Scout stock should improve aiming down the sights. Double Time boosts mobility with improved sprinting and crouching and Ghost makes you undetectable by enemy trackers like UAVs and Heartbeat sensors.

Meanwhile, the Tracker perk coupled with your Thermal Sniper scope will help you track down enemies easier. R9-0 Shotgun, with burst damage and mag size, should take care of those trying to sneak up close or when you decide to advance and clear out rooms.

Move along, M4A1. Despite a nerf in season 4, the Grau sits comfortably atop all other assault rifles in Warzone. While it takes a little longer to unlock and perhaps longer still to get used to, Grau will quickly become your go-to all-rounder. Our build further accentuates its strengths.

Firstly, a base Grau already comes with a range capable of taking down snipers. The Monolithic Suppressor and the Tempus 26.4″ Archangel barrel, however, increase the impressive range with buffed damage, bullet velocity and recoil control over longer distances.

The deadlier shots will also be silenced. The Commando Foregrip improves the accuracy and 50 round mags will provide enough firepower to survive skirmishes. You could even opt for 60 if you’re willing to sacrifice some mobility.

Frangible Disabling is an unusual — and frankly, off-meta — perk, but Grau uses it effectively as a single shot to the legs will lock enemies down. A couple of shots to the legs, followed by switching to the head, could become your bread-and-butter tactic. It also plays well with your Overkill and Amped perks, as you could pin enemies at a distance with Grau and move in to blast them with an MP5 or MP7. Adding the E.O.D. perk will reduce any unnecessary damage from explosives and fire. 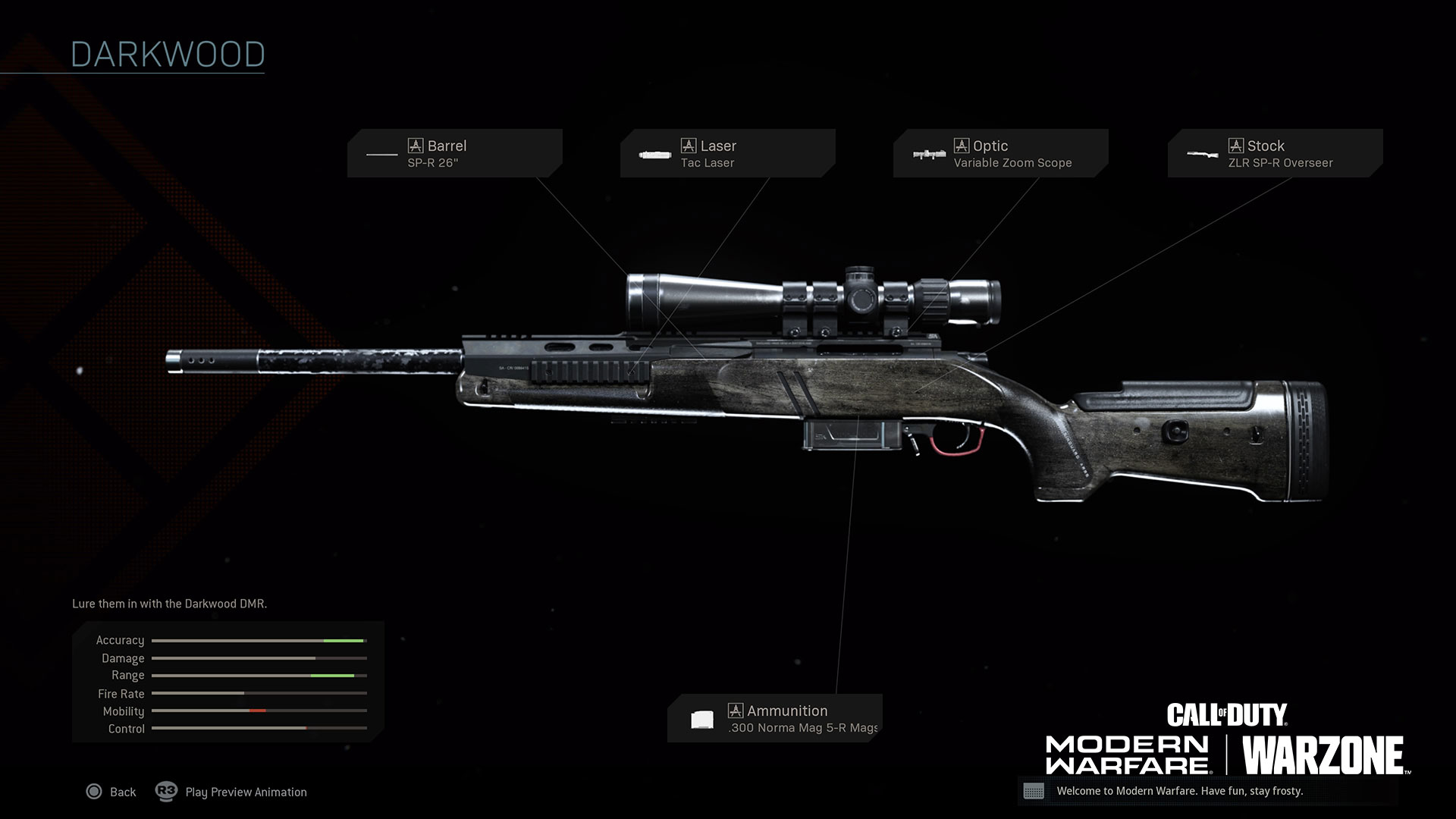 One of the two weapons introduced this season, SP-R 208 is extremely customizable. It is the new Kar98k and does it all. You can easily pick off headshots from far away, but we have already discussed the range options. Thus, we are providing you with a DMR (designated marksman rifle) loadout to help run and gun.

The ZLR Asp barrel helps you aim down the sight quickly and not to mention, the overall mobility. The .338 Lapua ammo boosts the damage, and with Sloan KR-600 increasing the already impressive fire rate, you will be wiping out squads. Starting with an RPG-7 as a secondary will let you deal with vehicles and bunkers.

The perks brace you from random blasts prevalent in the current meta, as well as allowing you to carry two explosives and a snapshot grenade to do some burst damage and recon of your own.

Patient or aggressive. Relying on classics or willing to experiment. The builds mentioned above should work for you, regardless of your playstyle. Even better, they should also inspire you to chop-and-change and play around with other weapons and strategies. Share your favorite builds in the comment section below or through our bustling Facebook page.

Some of our stories feature carefully selected affiliate links. If you buy something through one of these links, we may earn an affiliate commission. All proceeds go to running the website and offering gaming news for free.