Skip to content
Exclusive: A Sneak Peek At Narrative Shooter ‘The Tower’
Community

Exclusive: A Sneak Peek At Narrative Shooter ‘The Tower’

Recently, we were given an exclusive sneak peek and interview with the sole developer of an upcoming indie game, The Tower from Vherb Media. After an early alpha build, we […]

Recently, we were given an exclusive sneak peek and interview with the sole developer of an upcoming indie game, The Tower from Vherb Media. After an early alpha build, we also tested the demo that is currently out on Steam.

Kyle Simpson of Vherb Media is creating, designing and has self-funded this whole project himself up to this point. As Game Enthusiast, we value these independent passion projects, and decided to take a look.

Simpson is basically a self-taught programmer. Teaching himself everything from Unreal Engine to understanding motion tracking. Talking with Simpson, we saw that he had a great passion and drive for this game.

He started working on The Tower at the end of 2020 and spends nearly 10-12 hours each day on the game. From buying voice actors through Fiverr to even using his family members for character builds and motion tracking during gameplay.

A demonstration of the motion capture being used within the game.

What’s The Tower about?

The Tower is a mix of puzzles, shooting, and story. As of writing, there’s only a demo available so we don’t get a great understanding of the overall story. You do get a sense of the direction it’s taking. Here’s a synopsis of the story:

It’s your first day as a security guard for one of the most secure buildings in the city. But your first day becomes your worst day when an explosion rocks the building, blocking stairwells and disabling elevators. It’s now up to you and the remaining guards that are still alive to push back and find out who’s behind all of this. 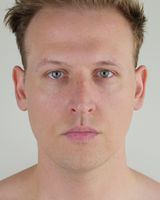 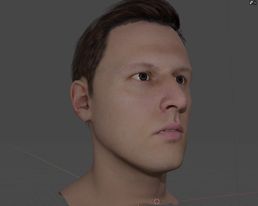 Several fans of the game have described it as “Die Hard made into a video game”. When we asked Simpson about the comparison to the 1988 action classic, he laughed and said:

I haven’t watched Die Hard in probably 20 years. After hearing a few comments, I looked up the premise to the first movie. I can see where they got that idea! But the overall story is nothing like Die Hard, I promise that.

The Half-Life series is definitely one of my biggest inspirations. I love the idea of a big world around you, but the story still leads you directly down a specific linear path. To me it brings a more cinematic quality experience to a game when the story is told just right.

Reflection on the demo

As mentioned before, we gained early access to this game before the demo was released so we’ve definitely seen this game grow a ton over 2 months.  Simpson constantly updates this game, so note that our preview is based on an early, possibly dated version of the game.

The game starts off calm, with your character starting his first day on guard duty. You have to solve a few puzzles to progress the story, before shit hits the fan. At that point the story takes off and it becomes clear what elements this game tries to balance.

The puzzles within the game is where some may get frustrated. The Tower doesn’t give you many hints or visual indicators within the puzzles or environments to tell you what to do. And that can become frustrating at times. There are some you do have to use your brain and clues to figure out while others are simply a ‘find something’ kind of quest. We definitely lean towards the former, as they were the most satisfying to solve.

Shooting in The Tower is pure and simple. This part of the game has actually developed a lot over the past month with recoil and weapon movement being added. While the game has controller support, it’s obviously much easier with keyboard and mouse.

Lastly, the environments of The Tower look pretty real. The game has an actual office building feel to it. Where some games can get a bit ‘videogamey’ with their environments, The Tower feels authentic. The elements driving the environments make sense given their respective functions.

My current/next goal is getting the funding for the full game so that I can reach the development goals that I want to reach. This includes a hopeful publisher deal so that I can get the game onto consoles as well.

The game is certainly quite promising, especially given the short time development time and the fact that there’s only one person behind the helm. As an added bonus, there’s a free playable demo on Steam. Additionally, a Kickstarter campaign has been started to help get attention for the project and obviously fund the development of the game.

Simpson told us a few upcoming things he’s been working on. Mostly working on level design and tweaking the AI within the game. He’s also working on a looting system which allows you to pick up ammo and take enemy weapons. Also more interactive doors and objects to make the game more challenging. In reference to level creation, Simpson talked about the future level design by saying:

Level design is becoming more intricate. Most of the game consists of you working your way down this huge building while fighting off the enemy. So one of the biggest challenges is making sure to keep each set of floors different from the last. I’m trying to make sure each set is more intriguing and visually stunning as you work your way down. That’s one of the biggest challenges for sure.

The Tower doesn’t have a release date yet. We recommend trying the demo out for yourself. Make sure to leave some feedback to help support this developer on his adventure.

We just wanted to point out we’re not affiliated with Simpson, other than being interested in his project. We don’t get any affiliate compensation by promoting his game. Our The Tower sneak peek is all about putting a new developer in the spotlight.