Wipe day is upon us, which means Escape From Tarkov is completely reset to square one and in this guide we’ll show you exactly how to get a good head […]

Wipe day is upon us, which means Escape From Tarkov is completely reset to square one and in this guide we’ll show you exactly how to get a good head start on all the other players. Make sure to check out all our other in-depth beginners  guides on EFT as well.

When you first boot up the game again, you choose a faction (BEAR or USEC). You’ll get a different starting loadout, depending on the faction. Your choice does not affect gameplay greatly, though as a BEAR you can blyat your way through Tarkov, while the USEC speaks American.

Examine as many items as you can to save time during actual raids. Set up your stash to where you can easily access and store everything. I like to keep a huge area at the top clear so I can control+click items straight into my stash.

During the early days, doing scav runs is a good idea. While you won’t earn any experience, it does give you a good amount of gear to play with. It also helps you get rid of the wipe day gear fear.

After an Escape From Tarkov wipe, your character level is completely reset, so this part of the guide is dedicated to leveling as fast as possible. And getting a head start is directly tied to your PMC level.

The most important milestone is the Flea Market. Introduced in patch 0.12.11, you now need to be level 20 to unlock the Flea Market. That offers you the ability to sell and buy stuff via the player driven economy. It enables you to get items easier, but also opens up a huge opportunity for making money. Especially early in a wipe, players will throw wads of cash at you for seemingly simple items.

There are three main ways to earn experience in Escape From Tarkov. Note that you don’t get XP from scav runs, only for playing with a PMC. Additionally, try to survive as you get a 50% XP bonus upon extraction. 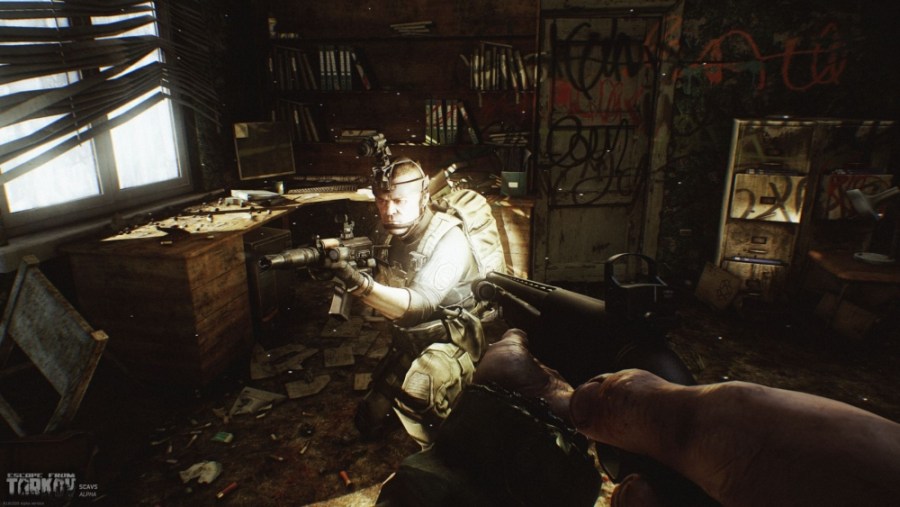 3. Items to look out for

While raiding in EFT, there’s literally hundreds of items you could encounter. Some seem useless but are really important, others look fancy but are worth less than a roll of toilet paper. As a general rule of thumb, here are some important items to look out for:

Lastly on our Escape From Tarkov wipe day guide, a quick dive into how to make a lot of money, fast. We’ve got an entire money guide on this subject, but as a TL;DR, there are a few things to keep in mind.

While it’s very tempting to cram as many guns as possible in your backpack, note that attachments sell for way more than guns (based on single-slot value). Additionally, ammo is what matters in EFT. So taking an end-game gun like the ASh-12 is only useful if you plan to sell it, because you can’t buy any ammo for it.

If you’ve unlocked the Flea Market, try to get into the heads of other players to make money hand over fist. What do they need right now? That’s fairly easy, as everyone needs the same stuff at the start of a wipe (which drives prices up). Players need:

Hopefully this guide has given you some insight into how Escape From Tarkov plays out around a wipe. If you’ve got any questions or suggestions for other players, make sure to leave them in the comment section below! See you in Tarkov!