Skip to content
Warzone Zombies Continue To Spread—What’s Going To Happen To Verdansk?
Call of Duty

Warzone Zombies Continue To Spread—What’s Going To Happen To Verdansk?

Call of Duty: Warzone saw the arrival of zombies with the introduction of Season 2 and the undead have now spread to the Hospital area of Verdansk. A new blogpost […]

Call of Duty: Warzone saw the arrival of zombies with the introduction of Season 2 and the undead have now spread to the Hospital area of Verdansk. A new blogpost details the spreading of the infection, along with some hints about what’s to come. In this article we dive deep into what you can expect for the next couple of weeks.

Zombies were first spotted along the Shipwreck area in the south-east of Verdansk, but quickly spread to Prison. This Thursday’s update migrated the undead once more; zombies now roam in and around the Hospital near the center of the map. The same gameplay principles apply; kill ’em all, loot their corpses and gain access to a special loot crate. But the zombies are evolving. As described by Activision in said blogpost:

Prior to their deaths, these hostiles experienced a severe lack of coordination, necrosis, and in some extreme cases, body capacitance well exceeding normal levels, with EMP-like effects occurring during occasional discharge

That last part describes the new EMP zombie; a special former Nazi with electromagnetic powers. The new enemy type, along with some significant hints, leaks, and rumors, give us a relatively clear picture of what’s to come.

The future of Warzone 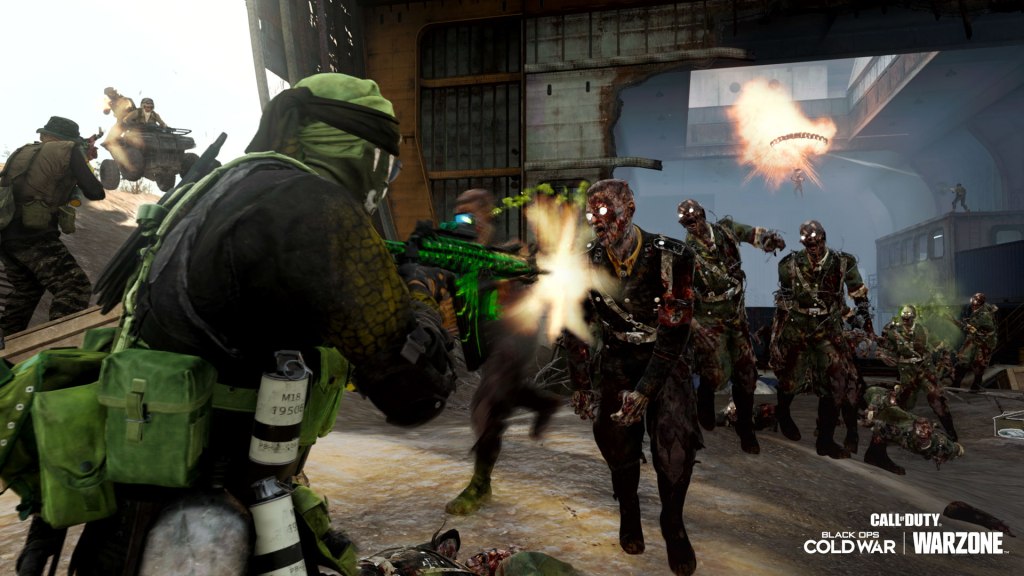 This all feeds into something many fans have been waiting for: a new map. Many speculate that zombies slowly take over Verdansk, at which point it becomes uninhabitable. Zombies are, as of now, only migrating though, they don’t actually seem to multiply just yet. But the percentage seen in the header image suggests the infestation is only just began. Later on, to make sure it does not spread any further, Black Ops Operators could decide to launch a nuke, annihilating the city of Verdansk in the process.

That would finally give Activision a reason – backed by Call of Duty lore – to release a new map. Leaks and rumors surrounding a new Warzone map have been going around for months. The zombie outbreak event seems to be a buildup towards the end of Season 2.


If we zoom out even more; it’s hard to ignore the similarities between that narrative and Fortnite’s record breaking End of the World event. It seems that Activision is gearing up for a big end of season event, that likely takes place somewhere around April 21st, the end of Season 2. By then, we’ll probably have a more concrete concept of what’s in store for Warzone Operators, so stay tuned!