Everything You Need To Know About The Haunting In Verdansk

Time to throw some cobwebs and dust around, shake up some skeletons and smell the pumpkins. That’s right! Halloween is right around the corner. So what better way to spend […]

Time to throw some cobwebs and dust around, shake up some skeletons and smell the pumpkins. That’s right! Halloween is right around the corner. So what better way to spend your Halloween than at home with some candy and spooky battle royale fun? Better than going out into a COVID-19 infested world, I’d say.

Everyone’s got their costumes ready on the battlefield and new spooky creatures await in Call of Duty: Warzone’s Halloween event – Haunting of Verdansk. The event takes place from October 20th to November 3rd, so you’ve got some time to get all the glorious Halloween goodies the game has to offer. The event is also extended to the regular Modern Warfare multiplayer where various new modes are available.


Now, if you’re curious on what to expect for Warzone, we’re here to let you in on the details. Let’s go! 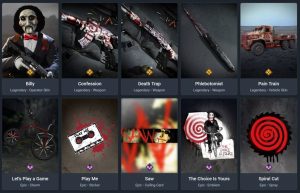 As with all events, there will be special themed bundles made available. For this Haunting of Verdansk event, three bundles will be available for players to purchase and get decked out in the best gear: a SAW bundle, Texas Chainsaw Massacre bundle and a Dr. Karlov bundle.

The SAW bundle features ‘The Phlebotomizer’ Lethal Equipment which is a special throwing knife that could drill into your enemies on impact. There will be two SAW themed weapon blueprints – ‘Confession’ for the CR-56 AMAX and ‘Death Trap’ for the Model 680, both fashioned in red and white spirals as per the movie. These will come equipped with red tracer rounds and the Dismemberment effect for an icky splatter feeling.


Aside from that, there will be a Cargo Truck skin, a tricycle charm, a ‘Billy’ skin for Morte, stickers, a SAW calling card, a ‘The Choice Is Yours’ emblem and a ‘Spiral Cut’ spray. These event limited bundles can be purchased using COD points (CP). If you’re on PlayStation 4, you can just use PlayStation Gift Cards and purchase the points via the in-game store. 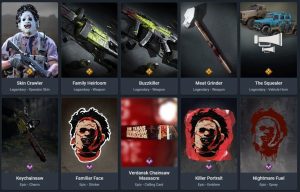 This bundle features the infamous Leatherface and comes with the ‘Buzzkiller’ blueprint for the MP5, the ‘Family Heirloom’ FiNN LMG blueprint along with a Stock attachment which would allow the operator to equip the weapon as a chainsaw. There will also be a Leatherface ‘Skin Crawler’ skin for Velikan, the ‘Anybody Home?’ blueprint which turns the Secondary into a one handed hammer (bone breaker on one hand, meat tenderizer on the other), a vehicle horn, a chainsaw pendant, stickers, the ‘Verdansk Chainsaw Massacre’ calling card, the ‘Killer Portrait’ emblem and ‘Nightmare Fuel’ spray. 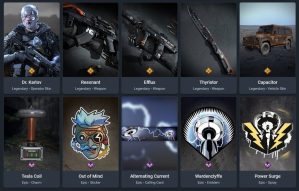 Dr. Karlov is a villainous character within the urban legends of Verdansk itself. He was said to have been driven mad after encountering countless failures in his laboratories situated in the Gulag. Dr. Karlov was obsessed with electricity and energy charged weaponry, which explains the electric and energy infused weapons included in his bundle.

This bundle comes with a Dr. Karlov skin which could be used for Bale, weapon blueprints ‘Resonant’ and ‘Efflux’ for the AK-47 and MP7 respectively which includes electric tracer rounds. There will also be a ‘Thyristor’ knife skin, a Tesla coil pendant, a jeep skin, stickers, the ‘Alternating Current’ calling card, a ‘Wardenclyffe’ emblem and a ‘Power Surge’ spray available during the Haunting in Verdansk event. 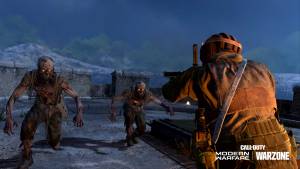 This is probably the mode everyone is most excited for in the Haunting in Verdansk event. Zombie Royale will let players killed in game to drop back into the game as zombies, no Gulag needed. Zombie players cannot handle weapons but are gifted with superhuman speed, strong attacks, enhanced jumps and thermal vision – basically the makings of a super enhanced zombie killer.

Zombie players can earn their life back by zombifying other players or collecting two syringes dropped by players on the battlefield. This in essence is sort of a Gulag experience by itself but with more freedom to roam and hunt other people using your own methods. Lure players into a building with an unopened loot box as bait, hunt down victims in an open field, or maybe even do the world a favor and zombify those pesky snipers.

To win, at least one team member has to be in human form. The hardest part is to defeat the zombies who are out to interrupt your extraction process and ensure your loss – looking a lot like a Left4Dead situation here.


If you’re an active player, you would know by now that the recent addition of the JAK-12 shotgun is currently seated at top of the OP-tiered weapons list. And to those who’ve come to this game after a hiatus, I would suggest you start working on unlocking the JAK-12 shotgun as it features a fully automatic action, as well as frag rounds that will annihilate anything it hits. In this case, a horde of zombies. You’ll need 3 hip fire kills in 7 different matches to unlock the gun. Trust me, you’re going to want to have it with you. 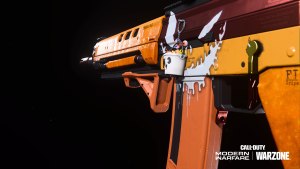 As the name suggests and with the cheekiness of Halloween, these supply boxes can either be good or bad. Players can partake in the Trick or Treat Scavenger Hunt to find 16 of these supply boxes. When opened, they can either contain blueprints, charms, stickers, emblems, calling cards and more or something sinister aka a brief scare. These ‘scares’ are just mini jumpscares, so if you’re prone to getting scared, you might want to watch out.

These boxes can only be found in specific areas across Verdansk and opening all 16 of them will award you the ‘Pumpkin Punisher’ Legendary Assault Rifle blueprint. Some of the areas that spawn these boxes are Gora Dam, Arklov Peak Military Base, Storage town, Zhokov Boneyard and the Hospital. Some of the things you can get from these boxes include: a ‘Scary Patch’ emblem, a ‘Meat Cleaver’ blueprint, a ‘Chainsaw Fiend’ spray, and a ‘Return To Dust’ blueprint.

One last thing, these supply boxes only spawn during an active match, so you would have to fight other teams for a chance at these limited edition items! 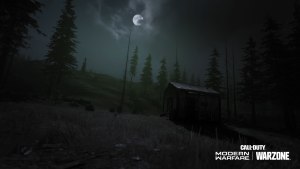 Of course, night mode will be making an appearance – it’s Halloween after all. There will be night maps for players to experience a night version of the standard battle royale. Thermal scopes are included, so night stalking will be extra fun and dangerous for everyone. It is advised that the ‘Cold Blooded’ perk is equipped for all your classes, just to be safe.

As players go through Verdansk at night, they might spot a few ghostly encounters like a random ventriloquist doll, some poltergeist and even a ghost train filled with lost souls that died in the Gulag. There are also other new modes such as Juggernaut Royale and Nighttime Plunder.


For Modern Warfare, there will be two new modes: Onslaughter and Snipers Only (from week two onwards). In Onslaughter, a Juggernaut suit will spawn somewhere on the map and players will have to escort their Juggernaut to a specific goal as each team tries to take them down. Throughout the game, the Juggernaut will always have a pumpkin head on – a little Halloween touch. The Snipers Only mode is as its name suggests, a team deathmatch with only snipers available. There will only be five pre-built loadouts to choose from rather than the usual custom loadouts.

A fun tidbit with Modern Warfare, everytime a player goes on a three killstreak, their head will be replaced by a flaming jack-o-lantern. This serves as a marker for other players to take that player out or risk being killed. 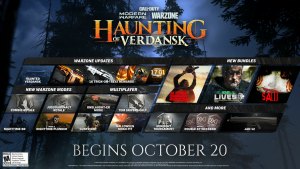 This is going to be a fun filled Halloween indeed. Activision never fails to interest us with their events and lure us in to join in on the fun. Hats off to them for listening in on the demands of their fans for a night mode/map, everyone has been clamoring on about those for a while, and now we all get to enjoy it. Let’s hope that the Haunting in Verdansk event is as much fun as it sounds. So, what are you waiting for? Go on and get to playing the game!

Some of our stories feature carefully selected affiliate links. If you buy something through one of these links, we may earn an affiliate commission. All proceeds to go running the website and offering gaming news for free.