Experiment 101’s post-apocalyptic, open-world martial arts RPG Biomutant is such an inspiring, beautiful, frustrating game, begging for a review. It’s bold and new. Ambitious to the point of excess. It’s […]

Experiment 101’s post-apocalyptic, open-world martial arts RPG Biomutant is such an inspiring, beautiful, frustrating game, begging for a review. It’s bold and new. Ambitious to the point of excess. It’s filled with a dozen intriguing, interweaving mechanics that innovate on common tropes. But it ultimately disappoints.

It is however also one hell of a looker. Biomutant is set in a world that’s part Kung Fu Panda and part Wolfire Games’ Overgrowth; friendly-looking but with a deadly bite. All of this makes for a strange, intriguing product. Okay, it doesn’t quite live up to my expectations but is still unlike anything I’ve ever played before.

If you’re thinking of getting it, make sure to grab some PlayStation Gift Cards for an easy checkout process!

Early on in the game, you’re asked to pick one of six different warring tribes. Each tribe has their own ideology that informs of the two goals they want to achieve: unite or separate the tribes, and save or destroy the Tree of Life. There’s at least one for every combination of those two goals, and choosing a tribe locks your goals in with theirs, though you are free to swap tribes whenever you like.

All of this provides a compelling narrative reasoning for conquering enemy outposts, even if it doesn’t affect what you’ll be doing for the next dozen hours: dominating the chieftain of your rival tribes. 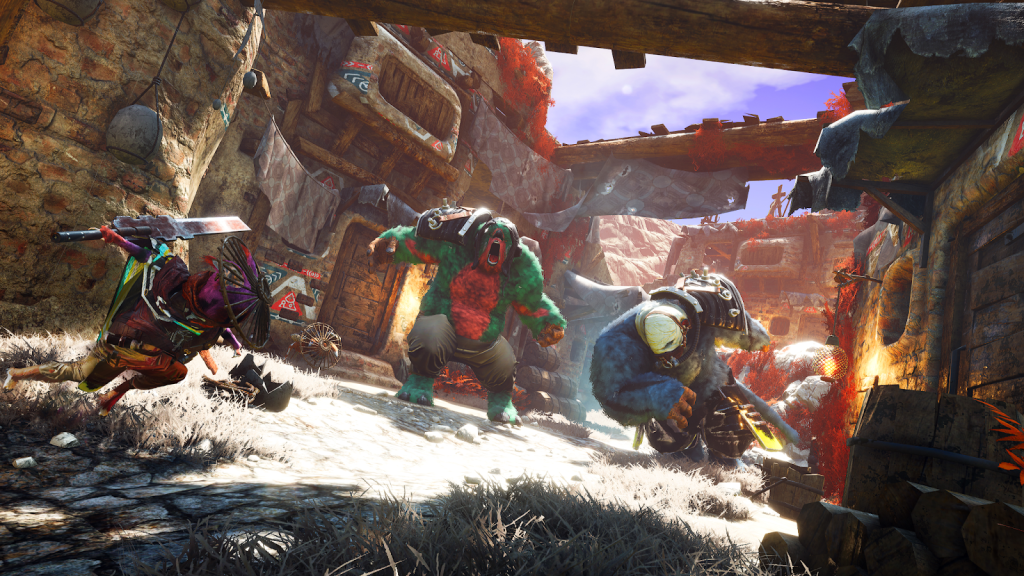 Conquering enemy outposts and strongholds quickly grow tiresome. Once you’ve captured a few locations, it becomes clear that the camps mostly share the same recycled setup and layout. And you’re given no freedom in how you want to approach a camp thanks to some of the most egregious use of invisible walls I’ve seen in a long time.

In the end, the repetitive mission structure is what breaks Biomutant. On the other hand, the prospect of having to the same thing again and again, led me to seek distractions elsewhere in Biomutant, away from its outposts. And there’s a whole other game there.

It’s a very good thing that outside of the camps, there’s a beautiful, vibrant world to explore. The game has sweeping lush plains, scorching deserts, and thick forests with hidden secrets. And then there’s the Tree of Life, the enormous centerpiece of Biomutant’s New World that the game’s primary plot thread revolves around.

The world in Biomutant is a patchwork of colour and life, and the game gives you the traversal mechanics to see it all in a way that’s fun and freeing, whether you’re atop the back of a giant mechanical horse or hang gliding down slopes. 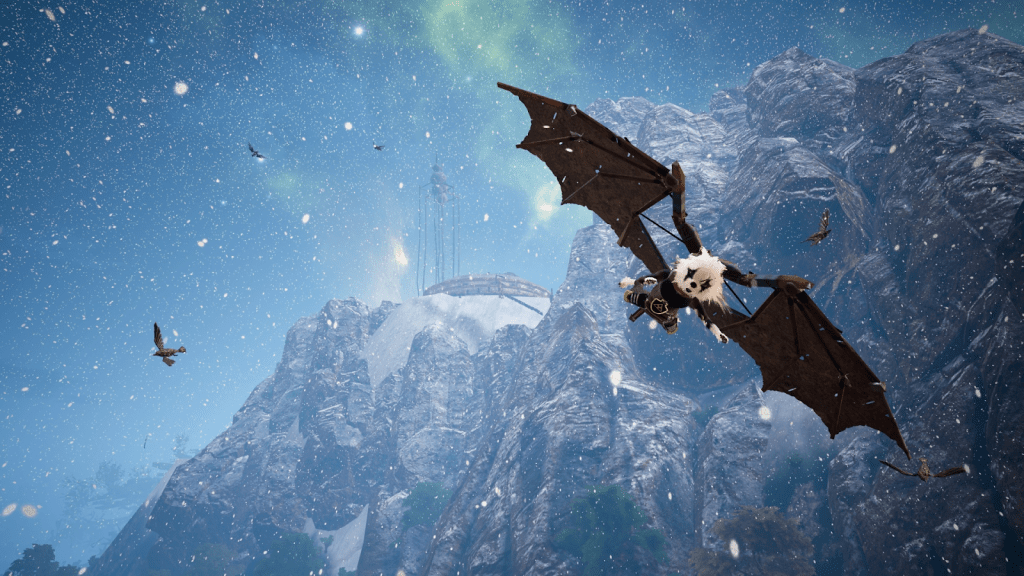 New World is filled with puzzles to solve, objectives to complete, and characters to talk to. That last bit is no joke; Biomutant is chock full of dialogue cutscenes. So consider this an early warning if you’re the type who hates sitting through cutscenes. That’s a recurring theme in this Biomutant review: depending on the person, something is either great or terrible. There’s no in between.

The scale of Biomutant is impressive, especially considering it’s the inaugural title of a newly formed 20-person studio. A lot of love was clearly poured into developing its multitude of role-playing systems, and the world-building is fantastic.

But there’s a disappointing lack of depth to many of these mechanics. The game introduces many, then quickly forgets them. You can’t help but feel that Biomutant might have benefited from reining in some of its ambitions. At its core is a fast and immensely fun brawling system that drowns amidst a sea of fluff systems and repetitive missions.

The combat ties together martial arts and good ol’ traditional gunslinging in a way that’s fluid and fun. The sheer number of combos and upgrades that you unlock as your character gets stronger can be overwhelming. And at the end of the day, a lot of those options feel like choices for the sake of choice.

There are multiple weapons, melee combos, mutations, and Super Wung Fu ultimate abilities. In other words, so many tools in your combat arsenal that you have to go out of your way to use them all.

You can get far without memorizing a ton of intricate combos however. But do keep in mind that engagements remain consistently fresh and exciting throughout the game thanks to all the different moves you can pull out at any given moment. So it’s a shame not to dive as deep as possible.

One fun little thing I want to touch upon is that all the exposition and dialogue is read aloud by a smooth-voiced narrator character who functions similarly to the gruff narrator in Bastion. He does the heavy lifting of translating the animal speak and commenting on the things you do and encounter in your travels.

His warm voice infuses the world with a charm and whimsy humor that makes you feel like you’re going on a stroll through the Hundred Acre Wood. The inviting tone of the narrator’s commentary amidst the violence of the New World makes for a wonderfully quirky juxtaposition. It really sells Biomutant as a fairy tale adventure that’s playful but also filled with danger. 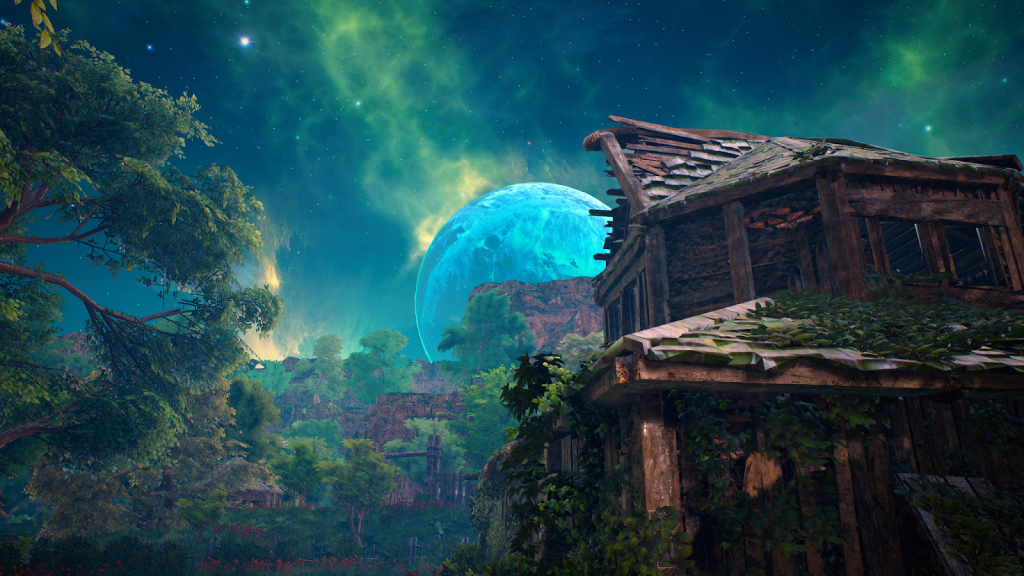 The Sky’s The Limit

With a concept so unique and interesting, the sky is the limit for Biomutant; it’s just a shame that it shoots for the moon. Despite the excellent combat system and traversal mechanics, Biomutant is unfortunately bogged down by a load of unneeded systems that, in the end, can’t hide its biggest failure: the mindless, repetitive mission structure.

So, while it would be ridiculous to recommend Biomutant at full price, the game’s wonderful world-building and unique premise make its New World a place worth visiting, though maybe at a discount.

If you liked our Biomutant review, feel free to check out all our other Game Enthusiast reviews as well.