Apex Legends is getting a new map in the battle royale’s 7th season Ascension. The season will also feature a new Legend, Horizon. Horizon is, as the Apex Legends site […]

Apex Legends is getting a new map in the battle royale’s 7th season Ascension. The season will also feature a new Legend, Horizon. Horizon is, as the Apex Legends site describes, “A brilliant astrophysicist who escaped a black hole and aims to use her newfound mastery of gravity to keep a promise.”

We don’t have any specifics on her just yet but we expect to see more about her in the coming days. And we couldn’t finish the Apex Legends Season 7 announcement without mentioning the addition of vehicles. That’s right, players will now have the option of hopping on a Trident, a vehicle of some sort that we will learn more about soon. But here’s what we know about the next season so far.

The most anticipated change that Ascension brings is a new map named Olympus. According to the game’s website, Olympus is a beautiful, lush city in the clouds. So one can imagine the extravagant cloudscapes we can expect. And while it may be a long way down off the side of the map, something tells me that Horizon will play into that dynamic somehow. We shall see.

But until Respawn releases more content, we don’t have much more than that. We can gather from the announcement site that Olympus is a “big place”(i.e. the vehicles) and that anti-gravity could possibly play a role citing Horizon’s “mastery of gravity”. Other than that, we expect Olympus to be an interesting environment that we can’t wait to get into.

Horizon’s story is a somewhat sad one. Horizon, also known as Dr. Mary Somers, was hired to solve a massive energy crisis on her planet. Her search for crystals across the universe eventually leads to her being sucked into what appears to be a black hole after being jettisoned by her malevolent partner. She had promised her son that she would return, but it looks like fate had different plans.

As with the rest of the announcement there’s no specifics into her abilities. But as soon as we know more information about her we will be sure to share it.

You read that right, vehicles are coming to Apex Legends. Whispers of a data mining leak have been circulating for a few days after data miners found new animations along with one cosmetic item, both directly relating to vehicles. But we can now confirm that vehicles will be a part of Apex Legends starting in Season 7: Ascension. 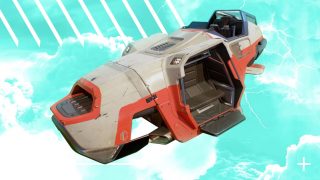 The vehicles, called Trident’s appear to look like some sort of cross between a Star Wars speeder bike and a baggage truck from what I can tell in the image. We’re sure to get good use out of them but we will surely be seeing some vehicular manslaughter thanks to some bottom feeders. But either way, they’re a welcomed addition and I can’t wait to try them.

Clubs are a new addition to the game itself. Players will be able to join up with like minded individuals and grow together. From what it sounds like, it doesn’t sound like anything revolutionary but rather just a good addition to the game for playability and making new friends. Should be fun!

Apex Legend’s Season 7 will also usher in the availability of the game on Steam. And any progress that you have made playing the game through Origin will transfer over to Steam. Players can also scoop up some Valve specific loot for making the switch.

For more news on Apex Legend’s check out our other content on the game here.