Its been a week since the untimely passing of Black Panther star Chadwick Boseman. He died of colon cancer on August 28 at the age of 43. Fans of the […]

Its been a week since the untimely passing of Black Panther star Chadwick Boseman. He died of colon cancer on August 28 at the age of 43. Fans of the actor have found solace in a very unexpected place: Fortnite.

We live in a time where superheroes are spearheading pop culture. Marvel, owned by Disney, is everywhere and thanks to the mouse, it doesn’t show signs of slowing down anytime soon. So it may come to no surprise that Fortnite’s current season is all about Marvel and its heroes.


Where to find the Fortnite Black Panther statue

Not only can players choose from a wide array of superhero themed skins, cosmetics and collectibles but Marvel themed locations and landmarks have hit the map.

It’s at one of those landmarks that players have gathered, to pay both tribute and respect to Boseman. If you venture west of Misty Meadows, you’ll find a massive statue called Panther’s Prowl, one of the many Marvel additions. 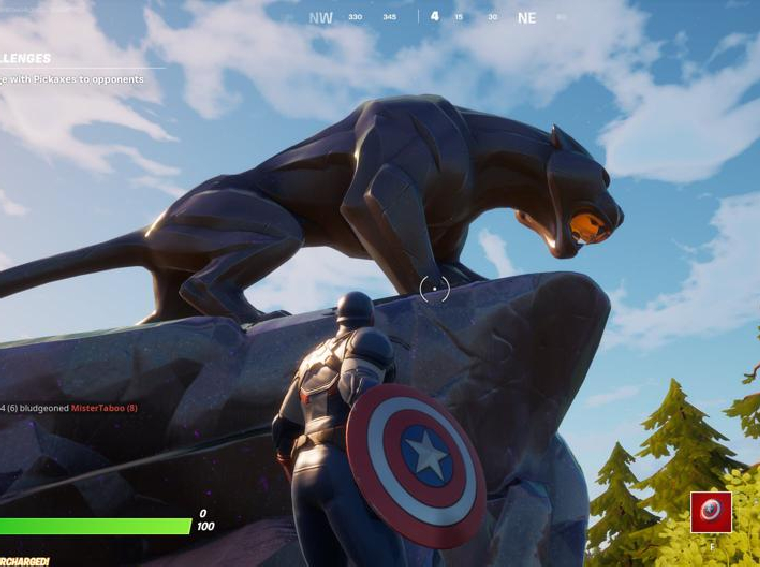 Fortnite players have used this site as a location to pay their respects to Black Panther, portrayed by Boseman. Fans are now calling for a Black Panther skin to be made available in Fortnite with all proceeds going to charity.

Although the statue appeared just days after his passing, Epic has said that the addition had been previously planned, and wasn’t made in response to Boseman’s passing.

Which may be the case, but that hasn’t stopped fans of the star from taking to Tweet and Reddit, sharing images and clips in memoriam of Boseman.

Our king, you will always be.

You will always be our King. pic.twitter.com/iuN8eGpbXw