It’s a few days since the Xbox Games Showcase live stream. And I have to admit, Xbox looks like they are losing the console war to PlayStation before the next-gen […]

It’s a few days since the Xbox Games Showcase live stream. And I have to admit, Xbox looks like they are losing the console war to PlayStation before the next-gen console’s even launch. But before you call me a PlayStation fanboy, let me give you a little bit of background.

I grew up with the original PlayStation, played the hell out of the PS2 but switched to Xbox once I discovered Halo and never looked back. I’ve been team Xbox ever since. But even though I’ve been an avid Xbox supporter for over a decade, I’m really disappointed in Xbox Series X pre-launch events so far.

I know that many people may disagree with me, and that’s fine. After all, it’s just my opinion. And that is liable to change as more gameplay and information comes out. But if we are strictly comparing the state of either camp with what footage and facts that we have at this moment, my vote is with the PlayStation 5—and here’s why.


Lack of imagination in design

The Xbox Series X was unveiled in December of 2019 and I’ll be honest, when I saw it I was unimpressed. With the hundreds of hilariously accurate memes, Microsoft’s next-gen gaming console looked more like a trash can from IKEA than anything.

Then, once I saw the PlayStation 5 revealed, it was obvious which side put more thought into the physical design of their console. The PS5 looks sleek and elegant. Hell, even though they got their share of internet roasts, it still was more interesting than just a black square.


It just seems like there is no imagination behind the Xbox. Just the next logical succession in the timeline. There doesn’t seem to be any desire to captivate the fans from the developers behind the Xbox. And it’s not just with the physical design.

The argument that has worked for the PlayStation fans is the impressive exclusive titles that have made Xbox users jealous for years. Franchises such as Uncharted, God of War, Spider-Man, The Last of Us, Days Gone, and more recently Ghost’s of Tsushima are some of the best games among all platforms.

And that’s a fact acknowledged by people from both camps. With exclusives like Halo Infinite, Assassin’s Creed: Valhalla, Forza Motorsport….yeah that’s about it—what do we have to be excited about? The Gunk? Really? 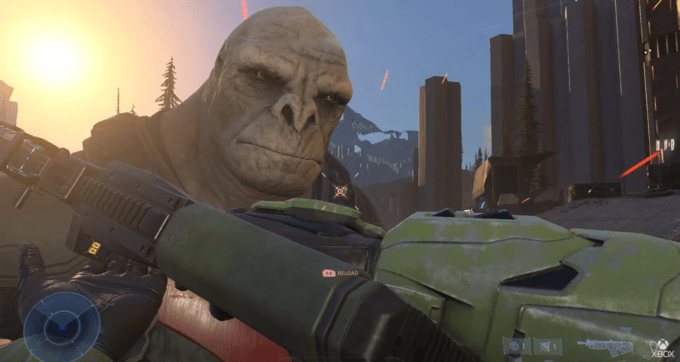 The Halo Infinite reveal was sub-par in my opinion. The graphics were current gen at best, and although Microsoft has responded to these criticisms the question is why wouldn’t they put their absolute best foot forward?

They’ve seen the next gen games coming to the PlayStation 5 and yet the Xbox Games Showcase was one of the most underwhelming video events I’ve seen from Xbox ever. And I was truly hyped about it. But my hype level came crashing down like the Hindenburg once I saw the lack of exciting titles exclusive to the Xbox Series X.

Now, with that said, a part of me is still holding out to see more of Fable and Senua’s Hellblade 2. But the scales seem drastically tipped in PlayStation’s favor when it comes to huge exclusive hit’s.

Although I am being critical of the Xbox Series X, I feel like I deserve that right. I’ve given years of my life and hundreds if not thousands of dollars to the company’s that revolve around Xbox and Microsoft. But there’s still time for them to win me back. Only time will tell.

But one thing is for sure, in my opinion PlayStation is winning the next front of the console war. And if Xbox doesn’t do something that stands out, I won’t be purchasing an Xbox Series X. If this is it, I’m making my return to PlayStation like the prodigal son. I will choose my side in the console war and I wont look back.