Cyberpunk 2077 is finally out and the pre-release hype couldn’t be higher, greatly impacting everyone’s first impressions. Now that the dust has settled a bit, we’d like to give you […]

Cyberpunk 2077 is finally out and the pre-release hype couldn’t be higher, greatly impacting everyone’s first impressions. Now that the dust has settled a bit, we’d like to give you our honest first impressions.

Though it goes without saying, this isn’t a review by any means. For that, feel free to come back in a week or two (or bookmark this page if you’re feeling particularly dandy).

Here at Game Enthusiast, basically everyone is playing Cyberpunk 2077 as we speak. We’ve taken time out of our schedule (okay paused Cyberpunk 2077) to discuss our first impressions of the game. But lets not beat around the bush, as far as we can tell, this is an absolute beast of a game.

The dialogue is eloquently written, beautifully voice acted, and fits the diverse set of characters in the game. Fighting is an absolute blast, the story is compelling, epic, and very much a cyberpunk fan’s wet dream. Night City is equally gorgeous and dirty, detailed and vast, lively and deathly.

Diverge all power to processor

Then there’s the graphics, which are without a doubt some of the best we’ve seen in an open world game ever. Well, that is if you can run it in the first place. We’ve only played the game on high-end PC’s, where ultra settings and even ray tracing cranked up worked mostly flawlessly. But we’re all playing at 1080p; the necessary ingredient to get 60 fps on ultra. Anything higher and our systems would fry. 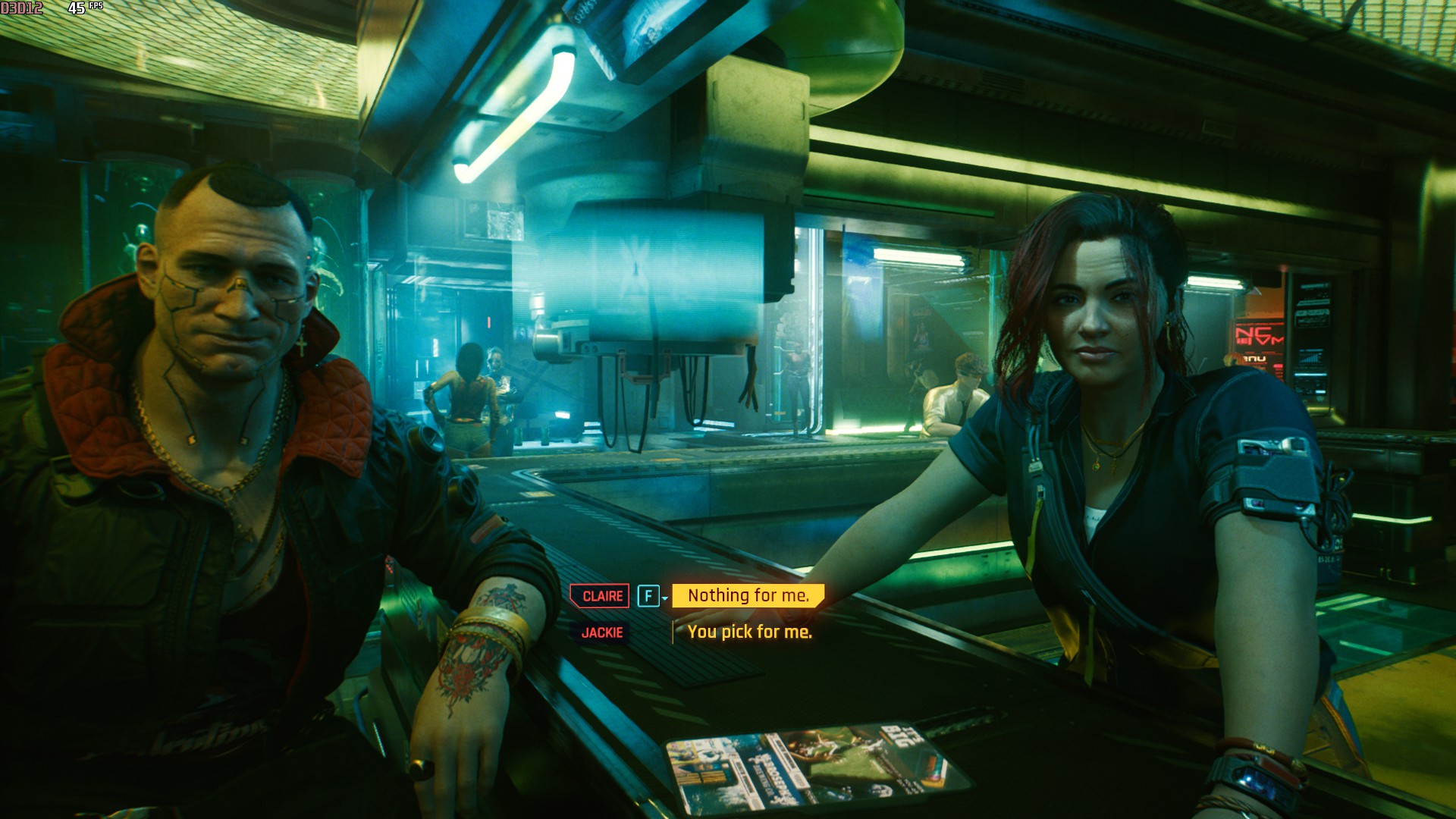 There are however many reports on the terrible performance of the game on past-gen consoles. Again, those are first impressions of Cyberpunk 2077 but it’s clear CD Projekt Red has a lot of optimization to do for those who don’t have $1500+ gaming rigs at their disposal.

Glitch in the Matrix

Then there is the polish – or lack thereof – of Cyberpunk 2077. With multiple delays, you’d think all the kinks were worked out now. That is definitely not the case. Textures not rendering, U.I. sticking, scenes from bugged perspectives, T-posing, and some clipping issues happened way too often.

Between a handful of GE staff, we’ve barely had any game breaking bugs happen though. They are particularly immersion breaking glitches, for sure, but nothing a reloaded save or a bit of patience couldn’t fix. 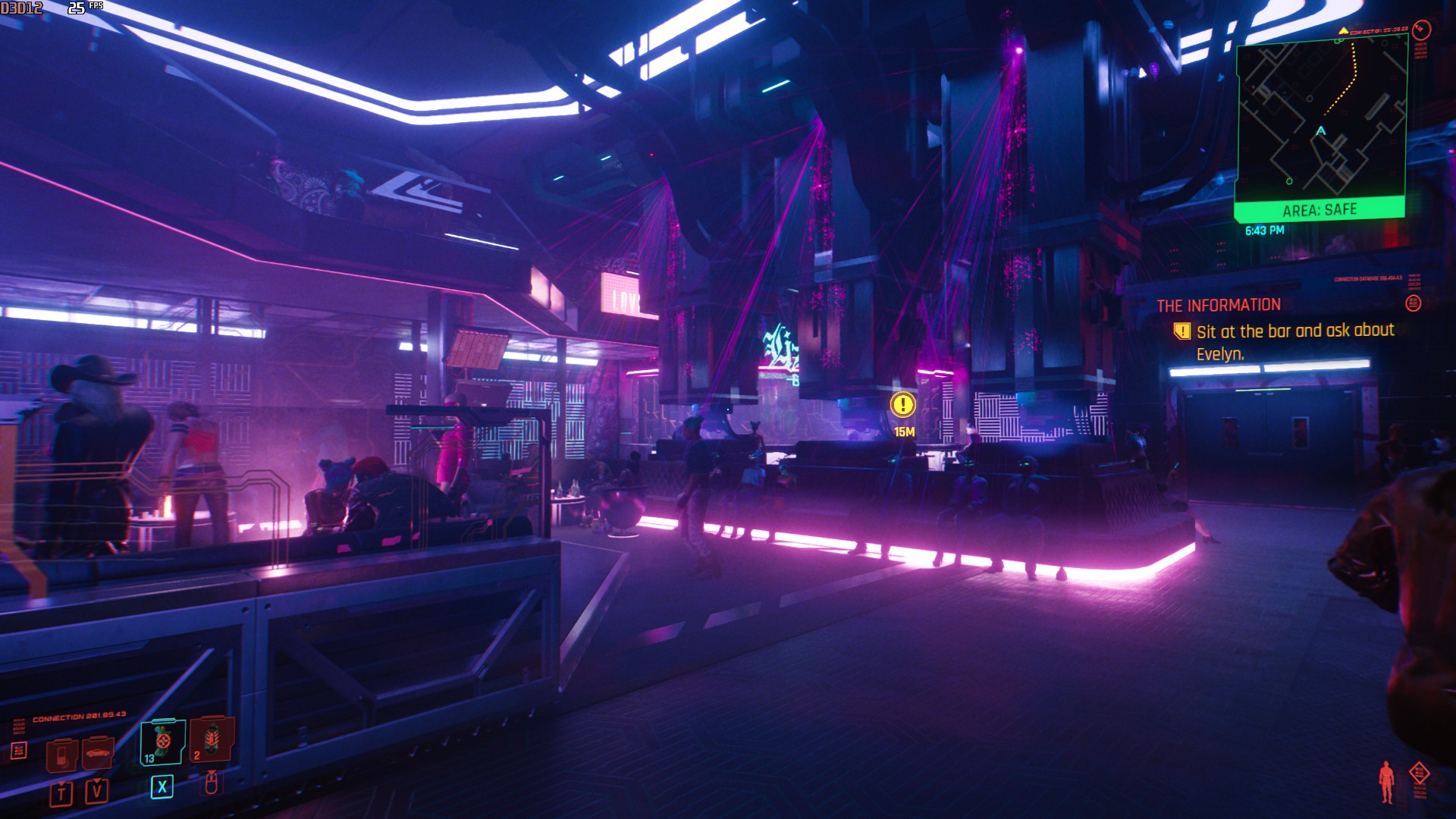 Still, many players have dusted off their pitchforks and lighted their torches; some consider the game unfinished. Sure, it’s quite a bummer this near-perfect game has so many glaring issues. But we like to look at it from an optimistic perspective.

Think of it this way: Everything that is wrong with the game now, can be fixed. All the things that couldn’t be fixed anymore, don’t have to be, because they’re amazing. The gameplay is an absolute blast, the story is compelling, the game design is impeccable. Image CD Projekt Red having to fix that… It’s optimization and bugs that have to be taken care of, and judging by the Polish developer’s track record, they will soon enough!

So what are our first impressions of Cyberpunk 2077? It’s a masterpiece, but a troubled one at that. Just like with The Witcher 3’s launch back in 2015, Cyberpunk 2077 is an insanely ambitious game with a scope and level of detail unlike most other games. But it’s not as smooth as we’d like just yet.

In other words, if you’re planning on playing Cyberpunk 2077 soon, be aware that it’s no walk in the park. Or rather, it’s a walk in a gorgeous park, while people are clipping through trees and T-posing around you. Still, it’s one of the most innovative, gorgeous, and most importantly, fun games in years!

Stay tuned for out in-depth Cyberpunk 2077 review, based on multiple playthrough by multiple writers!