Here’s everything we know about Dying Light 2.

Dying Light 2: Stay Human is obviously the sequel to the critically acclaimed first Dying Light (2015). It features a world overrun by zombies, where a parkour enthusiast has to survive in a hostile world. As with any good zombie fiction, humans are often a bigger threat than the undead. Dying Light is no different.

As a player, you get to choose which of these factions you help and which ones you fight. That influences the world around you, as well as the story that unfolds.

Locations might be run over by enemy factions, or liberated by you and your pals. As the trailer highlights, all factions feature nuanced characters, so it’s up to you how you interpret their goals. 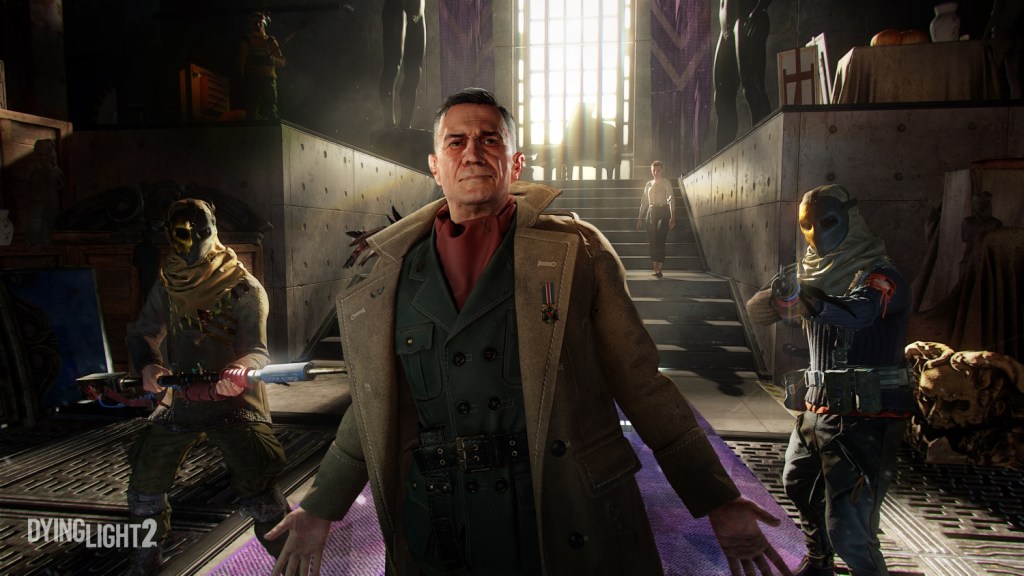 When darkness falls, the game flips itself on its head. During the day, zombies are relatively scarce and meek. In darkness, they become abundant, aggressive. That’s when you have to start running for your life. Special zombies, the product of 15 years of mutation, also come out of their lairs.

New toys to play with

Parkour is still your number one weapon. Dying Light 2: Stay Human enhances that element of the game with a bunch of new moves, abilities and features. While not shown in the trailer, we’re sure the game features a deep RPG-element once more.

Besides running, your character can also be kitted like a true post-apocalyptic brawler. The game introduces a bunch of new toys like the javelin, a compound bow, and a grappling hook. The latter doubles as a means of traversing the world, and as a nasty weapon to catch your enemies off guard.